Create is a multi-purpose WordPress theme that gives you the power to create many different styles of websites.

Effective from 11 October 2010
The guidelines for development and operation of enrolment schemes are issued under section 11G (3) of the Education Act 1989 for the purpose of describing the basis on which the Secretary’s powers in relation to enrolment schemes will be exercised.

All students who live within the home zone described below and shown on the attached map shall be entitled to enrol at the school. 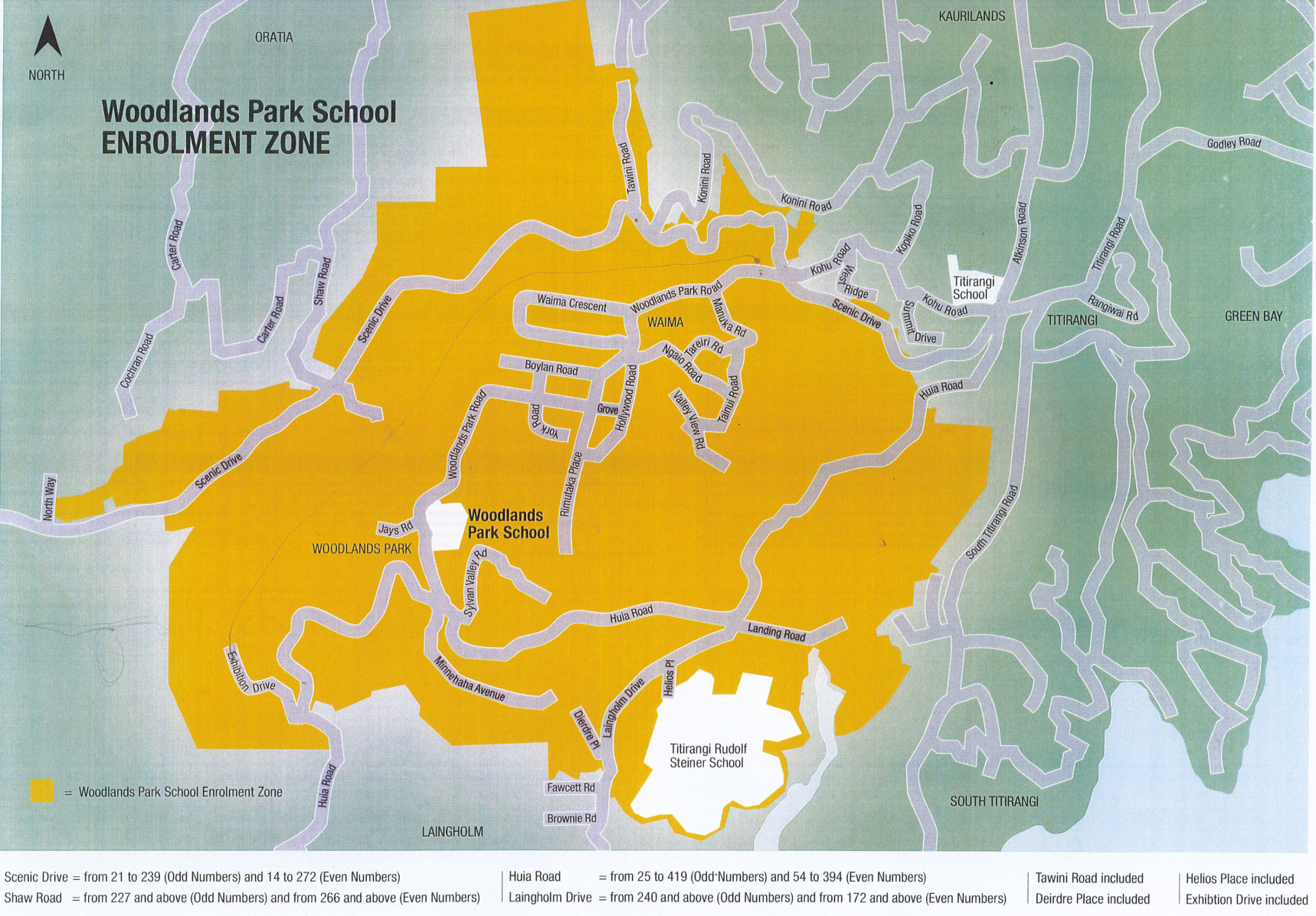 Starting at the intersection of Scenic Drive (21 - 239 odd, 14 - 272 even included) and North Way (included), travel northeast along Scenic Drive to Shaw Road (227 odd, 266 even and above included). Continue to Tawini Road (included), Konini Road (excluded), and Kohu Road (excluded). At the roundabout, travel southwards along Huia Road (25 - 419 odd, 54 - 394 even included) as far as Exhibition Drive (included). Landing Road, Laingholm Drive (245 odd, 172 even and above), Helios Place, Deirdre Place and Minnehaha Avenue included. Travel northwards across country back to the starting point.

Each year, applications for enrolment in the following year from in-zone students will be sought by a date which will be published in a daily or community newspaper circulating in the area served by the school. This will enable the board to assess the number of places which can be made available to students who live outside the home zone.

Out of Zone Enrolments

Each year the board will determine the number of places which are likely to be available in the following year for the enrolment of students who live outside the home zone. The board will publish this information by notice in a daily or community newspaper circulating in the area served by the school. The notice will indicate how applications are to be made and will specify a date by which all applications must be received.

Applications for enrolment will be processed in the following order of priority:

First priority This priority category is not applicable at this school because the school does not run a special programme approved by the secretary.

Second Priority will be given to applicants who are siblings of current students.

Third Priority will be given to applicants who are siblings of former students.

Fourth priority will be given to any applicant who is a child of a former student of the school.

Sixth Priority will be given to all other applicants.

If there are more applicants in the second, third, fourth, or fifth priority groups than there are places available, selection within the priority group will be by a ballot conducted in accordance with instructions issued by the Secretary under Section 11G(1) of the Education Act 1989. Parents will be informed of the date of any ballot by notice in a daily or community newspaper circulating in the area served by the school.

Applicants seeking second or third priority status will require to give proof of a sibling relationship.